I don't know if any of you have been updated with the writing world or not, but an agent Pam Van Hylckama was attacked by a person who submitted to her, and received a rejection. This person apparently stalked her through her tweets. Then Attacked her outside her kids school. WTF loony! Thank goodness herself and her family is okay.

Yes world, this is an absolute without a doubt NO NO! You can't go around smacking people around or stalking them because you're pissed they said no. Do you know how many people said no to me? 100 + but I'm not turning around lurking on their every move and then planning to attack them. You need to get some thick skin, if you don't have it you should't be in this business or in the film industry or any form of industry where you need to be approved by someone.

If you get so many rejections you can't take it, post it on Amazon. What will it hurt? Nothing. You keep your sanity for the most part, and you won't be in lock up for attacking people.

Okay, we've all been there. Rejection letters come. No one is seeing your wonderful work. No one is understanding, a thing. Your CP's all love it. (hopefully those Cp's aren't family and friends because guess what? They'll lie) Get some real feedback from strangers who will eventually, become friends who won't feed you crap or tell you what you want to hear not what you need to hear. How do you find these people? Writing sites Yalitchat.org is one. Querytracker.com is another. Agentquery.com is another. Become a stalker of knowledge, not of bullying someone into getting what you want. It won't happen.


Happy writing.
Posted by Natalie Decker at 5:32 AM No comments:

Working for a publisher has not only been a fantastic learning experience, but it's also let me see the inner parts of this so called....book extravaganza!

Now, as an author myself it's so hard to put yourself out there. It's terrible to file through the rejections and getting told No after No. Hoping someone will just finally understand. They'll see the Brilliance in this novel. They'll see the Genius part of what you are trying to display to the world. Why can't they see it?

1. Your concept might be brilliant, it might even be so fantastic everyone should want it, but it's being done or has been done by 25 different authors before you. It's unique but not unique enough. (Hey it happens)

2. Your work has some flaws that you fail to see as flaws. Timeline's off. Maybe an element or two contradict what you're trying to say. Whatever it may be, they may be little and easily fixable but if these flaws start popping up anywhere in the first 30 to 75 pages. Trust me, someone is seeing it and marking it.

3. NEVER ASSUME that just because most of your Cp's skim read, that all editors do. They don't. So, Proof Read! Proof Read! PROOF READ! (Line for Line) It might take you a week, but would you rather spend a week making sure you have all the right words then sending it and getting it rejected for sheer laziness? (Remember, even though you didn't promise it was perfect, you submitting it means you are making that promise. If it isn't well, you just broke that promise.)


These are just some of the things that might be holding you back. I read MS's daily, and for me:

Characters must sound like themselves- meaning: If it's a boy's voice Please for the love of it make it sound like a boy speaking not a chick. If it's a chick- make her sound like a chick not a dude. Yes, there is tomboy's but guess what? THEY STILL SOUND LIKE CHICKS! They have emotional barrier issues. They still have crushes. Use it. Also- If it's a teen voice in Present day, Then you need to write it as such and not as someone from the 70's. Study them. Their crazy  language and slang.
Adults- make them sound like an adult not like a young hipster straight out of high school. Don't make them too sophisticated and then dull them down. It's one or the other.
Middle grade- They aren't childish babies in kindergarten but they aren't young adults yet. You've got a happy medium. Think of it as the awkward stage between kid to teen.


Settings- Is it something I can see? Want to be? Don't flood me with descriptions but give me something.

Would I want to read more? The first chapter is probably the biggest key, because you have to hook me. If your concept is awesome, cool, but I don't read that. I'm reading your chapters so, I'm walking in blind. HOOK ME! Don't give me a chapter that leads me to no where. Don't give me a chapter that leaves me confused. I want to care about what's happening, I want to know a little of what's going on, and I want to be left with a want of oh man, I need to read more.

Never be afraid of your opening.
and now... Here is an awesome CONTEST

Posted by Natalie Decker at 7:31 AM No comments: 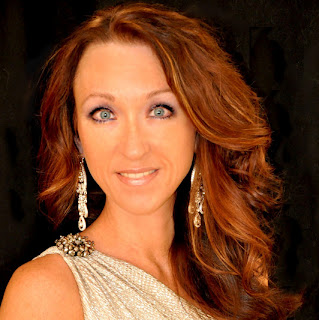 Sheri Larsen is an awesome writer friend and Critic Partner of mine. She's has fantastic news, so what is it? She just signed with Paula Munier of Talcott Notch Literary! Wahoo! To Celebrate this wonderful news we're having a KICK ASS giveaway.

Because there is so many authors who are excited as I am about Sheri's news, she's have this cool BIGGER-THAN-EVER-SHOPPING-MALL GIVEAWAY!!!


You may enter Both if you want. There's only one mandatory entry. Everything else is up to you! I know Rafflecopters can be such a pain, but it was the only way to organize this super fun, huge ass giveaway. The giveaway is open until September 27th. WINNERS will be announced on September 28th.


Thank you so much for entering, spreading the word, and celebrating Sheri Larsen!

Posted by Natalie Decker at 1:00 AM 2 comments:

There are somethings you need to tell yourself

There is a lot of things that I should tell you. There is a lot of things I won't, because mistakes are how you grow. However, when you're going to your college orientation could you not answer the girl sitting beside you who asks, "What's the guy's name that's on stage?" Cause mildly attractive guy will try to embarrass you by saying: "Um no my zipper isn't down that's just how these shorts are made. Yeah I can read lips."

Actually could you not correct him: "Well, if you could read lips so well then you'd know I said I think his name is Mitch. But it's all cool you think I'm checking out your zipper area." Cause there will be a time when you have to take an important test and you will be two minutes late because your professor decided to talk OVER his time frame which will make you have to run across campus in a full sprint. But it will be for nothing because you're two minutes late. Well, it will be for nothing, since guy from stage remembers you. He says, "Um that test just closed." And you know that he could have easily helped u and he knows it too cause it's written all over his smug face like, "Ha" pay back is such a bitch.

So, you will end up with a big fat zero for this test. Then your teacher will give you a load of make up work which you will end up doing on a bus going to Washington and you will lose most of your work when your crazy ass speech coach pulls an illegal U turn in the middle of oncoming traffic. Person sitting with you will Freak out, making you freak out and in the middle of this books will drop and papers will scatter. You'll get a C- on the paper.
Posted by Natalie Decker at 8:10 AM No comments: