Cover reveal for GEARS OF BRASS 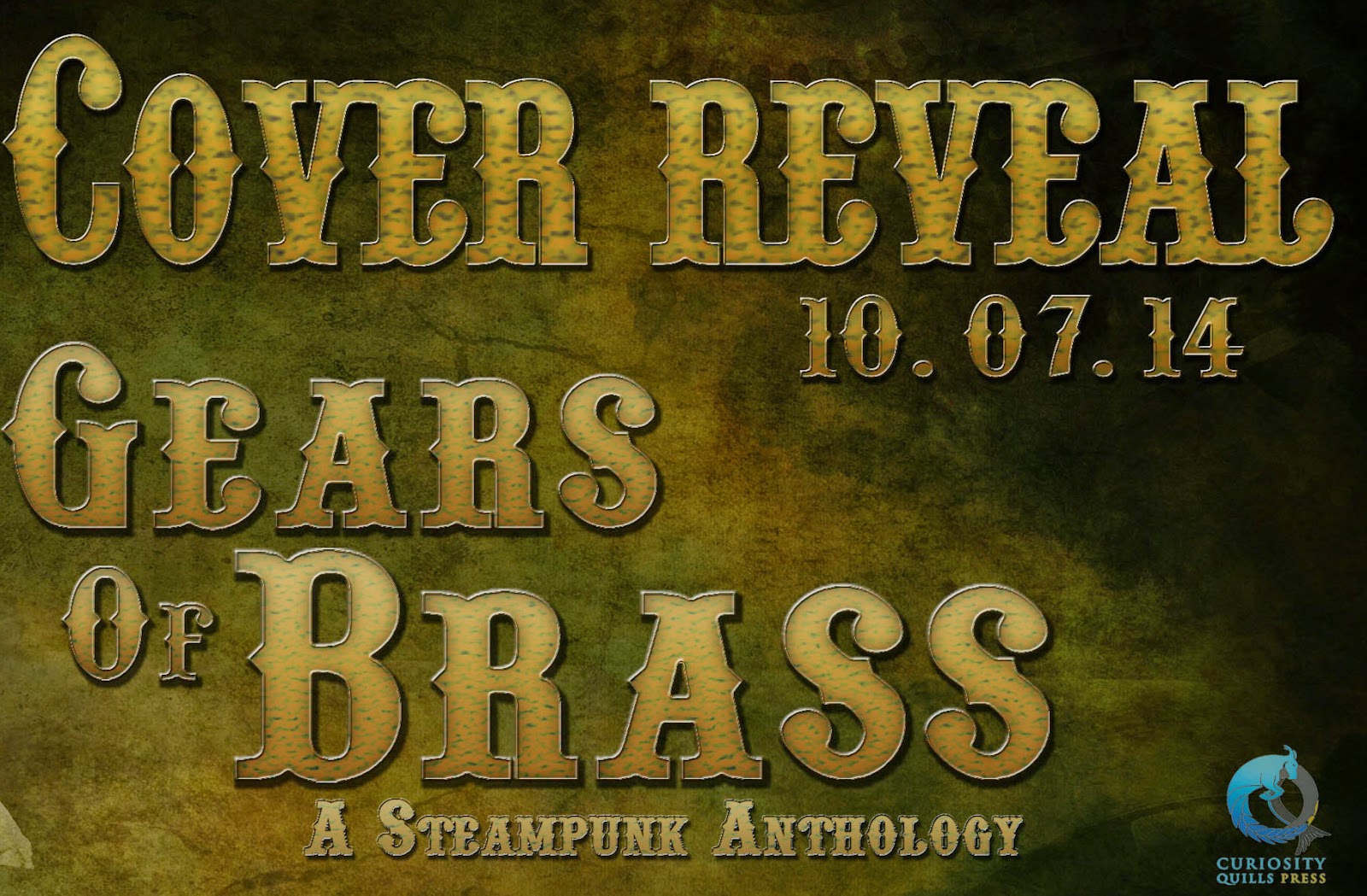 
Posted by Natalie Decker at 8:36 AM No comments: 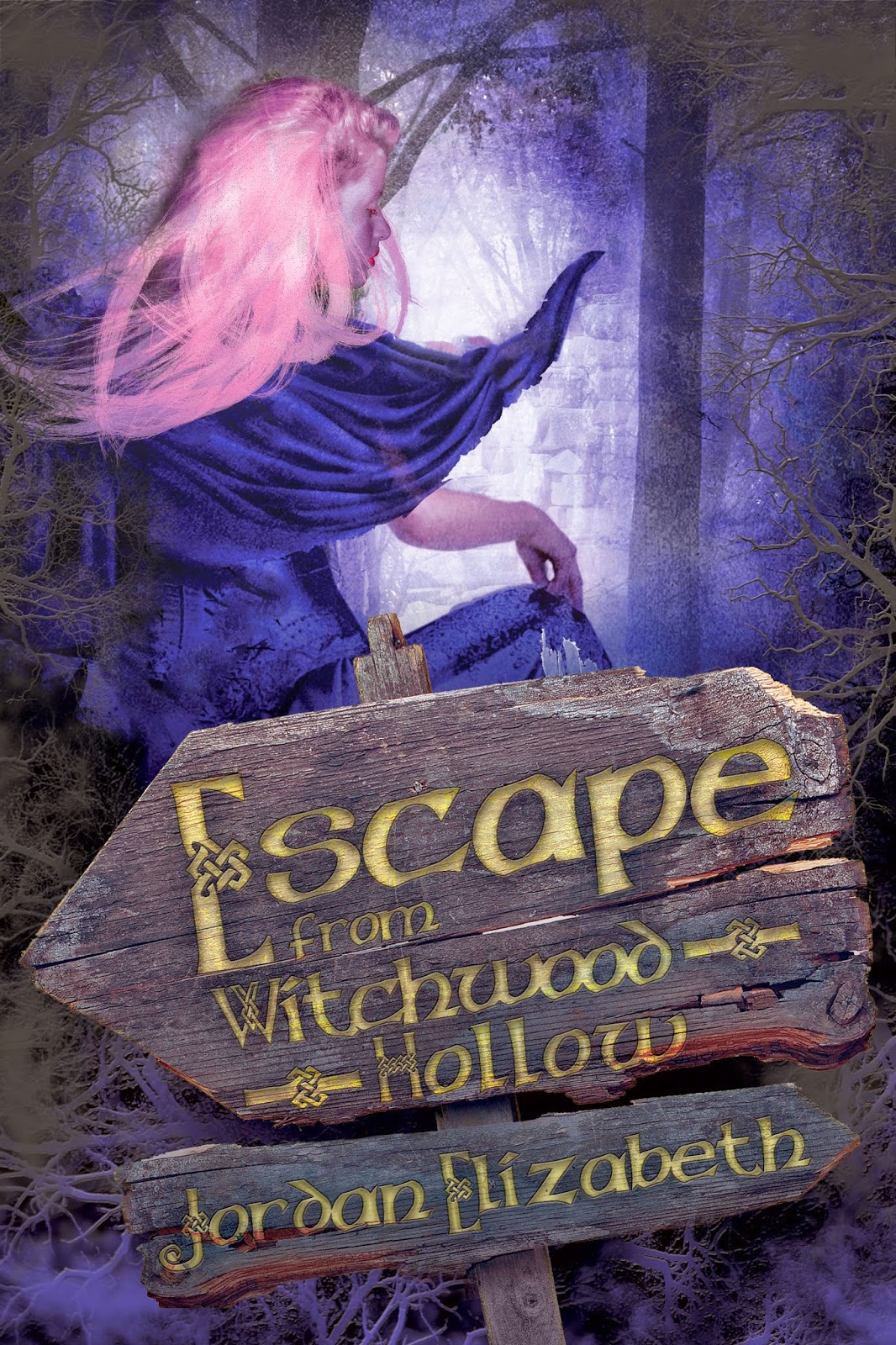 How far into the hollow would you go?

“After losing her parents in a terrorist attack on the Twin Towers, fifteen-year-old Honoria escapes New York City to Arnn—a farming town with more legends than residents, and a history of witchcraft and secrets best left buried.

Everyone in Arnn knows the story of Witchwood Hollow: if you venture into the whispering forest, the witch will trap your soul among the shadowed trees. In the lure of that perpetual darkness, Honoria finds hope when she should be afraid, and a past of missing children and broken promises.  To save the citizens of Arnn from becoming the witch’s next victims, she must find the truth behind the woman’s madness. How deep into Witchwood Hollow does Honoria dare venture?”

ESCAPE FROM WITCHWOOD HOLLOW is Jordan Elizabeth’s first novel.  This young adult fantasy will be published through Curiosity Quills Press on October 29, 2014. 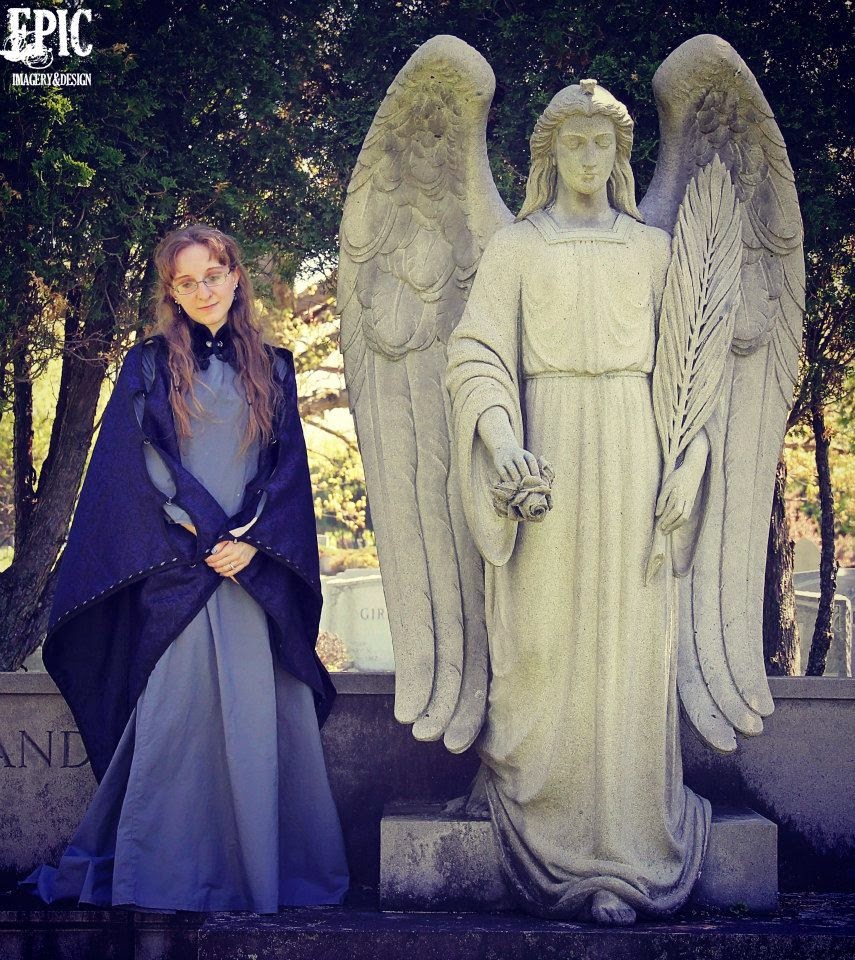 Jordan Elizabeth, formally Jordan Elizabeth Mierek, can’t get enough of the woods, be it splashing through a stream, sitting beneath an ancient oak, or following a path up a hill.  Some of those adventures have led to abandoned foundations.  Exploring the rocks and crumbling bricks sparked Jordan to imagine who might have lived there before, and that train of thought carried her to a wicked legend and an enchanted hollow.  You can contact Jordan via her website, JordanElizabethMierek.com

You don’t have to wait for October 29th to explore Witchwood Hollow.  Jordan Elizabeth is offering up a free eArc.  To enter for your chance to win a copy of ESCAPE FROM WITCHWOOD HOLLOW, you will need to share the cover.  This can be on your blog, Facebook, Twitter… Each time you share the cover image, log it into Rafflecoper to record it.  It will give you more chances to win.  The drawing for the winner will be held on October 20th.

When I write, it's with music blasting in the background. The scenes are set by my music. It sounds weird, but it's true. This is how I write. Others may listen to stuff here and there but they might not need to be surrounded by lyrics or beats.

Music sets my mood. Lyrics drive my words. Depending on my characters too, I can usually listen to songs that would relate to them. So here is a little preview of RIVAL LOVE's Playlist.

1. I want you here by Plumb- This would be Skylar's song or at least the first part of the book

2. Hopeless by Train- This is another one of Skylar's songs when she realizes going back just isn't going to happen

3. Loose lips by Ourlives- This would be Caleb's song during Dinner

4. Solving and Running by Kiev- This is another one of Caleb's songs at school

5. Demons by Imagine Dragons- This is Skylar and Caleb's song.

6. Lost In the Echo by Linkin Park- This is Sky's song as she begins to transition

7. Pen and Paper by The Red Jumpsuit Apparatus- This is Caleb's song when he's playing football

8. Bulletproof by Evans Blue- This is Sky's song when she tries to hide her emotions

9. Sorrow by The National- This is Caleb's song when he thinks about his parents

10. The New Black by Moon Taxi- This is Sky's song when she decides to train Kayla

11. Everything Has Changed by Taylor Swift and Ed Sheeran- This is Sky's song when she realizes her feelings for Caleb

12. Bubble Games by Magic Bronson- This is Sky and Caleb's song when they are learning about one another

13. Learning to Breathe by Switchfoot- This is Sky's song when she swims

14. I won’t let you by Snowpatrol- This is Caleb's song for Sky

15. Love Me Again by John Newman- This is Sky's song when she trains

16. Scars by Parlor Hawk- This is Caleb's song after the Championship game

17. If You’re Gone by Matchbox 20- This is Caleb's song before Thanksgiving Break

18. Don’t Deserve You by Plumb- This is Sky's song when she visits her dad

19. Poison and Wine by Civil Wars- This is Sky's song before she goes to open mic night

20. Time Go by Caught A Ghost- This is Caleb's song when he follows her

21. All That I Want by Dawn Golden- This is their song after Thanksgiving break

22. War Of Hearts by Russell Taylor- This is Sky's song when she enters the pool area